Geoengineering is not a conspiracy, it’s the deliberate and large-scale intervention in the Earth’s climatic system. Simply put, it is the spraying of chemicals into the air via planes into the atmosphere. Independent testing over the past decade confirms that Chemtrails around the country contain a dangerous and extremely poisonous mix of chemicals that includes: barium, nano aluminum-coated fiberglass [known as CHAFF], radioactive thorium, cadmium, chromium, nickel, desiccated blood, mold spores, yellow fungal mycotoxins, ethylene dibromide, and polymer fibers.

According to those who are responsible for geoengineering, the goal is to reduce global warming. However, many are beginning to seriously question this goal because for a very long time, authorities denied the idea of chemtrails and geoengineering when people started to figure out what was going on.

Humanity is becoming a lot more aware as a whole, we are realizing that the truth is rarely told to when it comes to observable phenomenon, like chemical trails in our sky. Terrorism, financial instability, and global warming are a few on the list of political moves pulled on humanity that are used for alterior motives, 9/11 is also a great example of this. The same people who are  creating are also encouraging a certain reaction before they provide their premeditated solution.

As we observe more bizarre trails in our sky, we begin to ask more questions. As we begin to ask more questions, the establishment pushes justification through education and mainstream media. The top Universities in the world are now developing geoengineering programs to supposedly combat climate change. Oxford University in the UK is one of these universities: http://www.geoengineering.ox.ac.uk, and one technique is the by:

Again, geoengineering is no joke, most of these programs are backed by the CIA and NASA, who are supporting the National Academy of Sciences with regards to geoengineering projects.(1)(2) Geo-engineering projects are any attempt to alter the way the planet or its weather systems operate, and it’s been happening for a long time now.(3)(4)(5)(6) There are multiple patents with regards to geoengineering and climate manipulation, one of many techniques that’s been called into question is weather modification via chemical seeding. (7)(8) The weather was even modified in China for the 2008 Olympics.(9)(10)

Many of these programs, as mentioned in the video, receive no oversight from congress. Could this be because the department of defence is involved?  Are these part of the ‘black budget,’ special access programs that Edward Snowden leaked not to long ago? (Read more about that here)

The general consensus among geo-engineering advocates is that it might be a necessary tool to halt the damage caused by global warming. The concept of global warming itself isn’t even fully understood, and there is much controversy surrounding it. Here is a picture giving you the basic gist of it.

Below are two award winning documentaries that help shed light on chemical trails, what they are and why they’re sprayed in our skies everyday. If you are interested in the subject, I recommend you watch them with an open mind. This is a minuscule amount of  a large array of evidence that supports the idea of chemical trails. It’s important to educate ourselves on these matters as it’s clear we are not going to get the truth from mainstream sources of information like government, news and education. 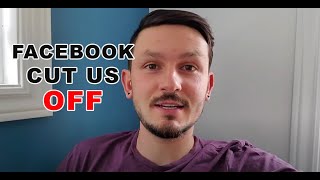