Water fluoridation has been an increasing topic of public concern over the past few years. Skeptics tend to argue that there is no evidence to support the claim that water fluoridation is harmful to human health. If this were true, why are townships all around the world coming together to ban fluoride from their water supply? Communities in Australia, Canada, the United States and more, have all been convinced that fluoride can be extremely hazardous to human health. Sodium fluoride, sodium silicofluoride and  hydrofluorosilicic acid are all used in dental offices, toothpaste and water fluoridation practices. They are toxic waste substances created from the creation processes in the fertilizer, steel, nuclear and aluminum industries. If you still think fluoride is good for your teeth, you might want to read this.

***Related CE Articles (well sourced) That Show What We Are Really Drinking:

--> High Quality CBD Our friends at PuraThrive worked with industry experts to create one of the most bioavailable CBD extracts possible. Get yours today before it runs out. Click here to learn more.

Fluoride is now officially listed as a neurotoxin in official medical literature. This is fairly recent news and you can read more about that here.

Who Was Dr. Dean Burk?

Dr. Dean Burk was an American biochemist, who co-discovered biotin, a chemical necessary for cell growth, the production of fatty acids and the metabolism of fats and amino acids. He was a head  chemist at the National Cancer Institutes Cytochemistry Sector, part of the National Institute of health under the U.S. Department of Health and Human Services. He received the Hilderbrand Prize in 1952 for his work on photosynthesis, and the Gerhard Domagk Prize in 1965 for his development of procedures for distinguishing the difference between a normal cell and one damaged by cancer. He was the co-developer of the prototype of the nuclear magnetic resonance scanner. He was born in Oakland, California in 1902 and died 1988. His paper, “The Determination of Enzyme Dissociation Constants (3),” published in the Journal of the American Chemical Society in 1934 is one of the most frequently cited papers in the history of biochemistry. As you can see, this man knew his science!

I don’t think it’s a coincidence that he waited until his senior years to speak up about fluoride. This interview was recorded in Holland in the 1970’s, again no surprise that he did not give interviews like this in the United States. Today, fluoride is a known toxic chemical. If you accidentally swallow a little bit from your toothpaste, the instructions on it will usually advise you to call poison control. The government doesn’t hide the fact that fluoride is toxic (2), Dr Dean Burk presents his research in the video, and states that the evidence cannot be refuted. The fluoride used in the water supply is poison, there is no good reason we should be administering it to the population, no matter what the dose. On top of that, there has never been any evidence to support the claim that water fluoridation benefits teeth. This is especially interesting when you observe that dental health is better in non-fluoridated regions than it is in fluoridated regions.

In point of fact, fluoride causes more human cancer deaths than any other chemical.

When you have power you don’t have to tell the truth. That’s a rule that’s been working in this world for generations. And there are a great many people who don’t tell the truth when they are in power in administrative positions.

Fluoride amounts to public murder on a grand scale.

It is some of the most conclusive scientific and biological evidence  that I have come across in my 50  years in the field of cancer research.

Is this article ‘fake news?’ No, because the statement in the title that reads “we have a lot of evidence...

What Happened: Florida Governor Ron DeSantis recently lifted all restrictions on restaurants and other business in Florida and banned local fines... 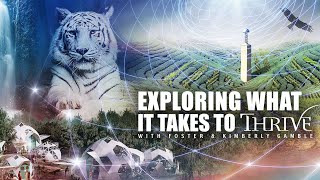