The Matrix, Eyes Wide Shut, Avatar and 1984 are just a few of the many examples of mainstream movies that have pushed the stereotypical boundaries in regards to subject matter and underlying meaning in films. Although every film to potentially do this is completely subjective to each viewers interpretation of the movie, they definitely do stand out from the bulk of what is made and shown in theaters. The newest film, soon to be released, that may just fall under the same category is ‘Goodbye World‘ a feature directed by Dennis Hennelly, and starring Adrian Grenier (Entourage). Check out the trailer and see what you think…

The film is slated to hit US theaters in April of this year, so it’s difficult to discuss the true intention behind the film, particularly if the goal of the filmmakers – and all those behind its creation – is to help build awareness towards certain issues or to serve as a tool of propaganda.

Based on the trailer, there are several key issues that seem like they will be addressed within the film that I felt really stood out:

Cyberattack/ Mass Text Message
With so much light recently being shed on the NSA in both the mainstream and alternative news, it really comes as no surprise that the apparent “apocalypse” instigator within the film is technology based. A mass text message seems to be the initial source of what eventually ripples into a loss of utilities and widespread panic. It should be interesting to see whether the film elects to pin the “coordinated attack” (as stated in the trailer) on a terrorist group, like so many films before it, or whether it digs deeper into some of the current issues being discussed worldwide. For those interested in finding out more about the recent NSA related discoveries, you can read more HERE.

Humanity’s Response
Again going solely based on the brief clips within the trailer, it seems as though the general response towards the attack within the film is widespread panic and rioting. With so many protests recently taking place around the world (Iceland, Brazil, Egypt, Venezuela, etc.) it will be interesting to see how the film depicts both the general public and law enforcement. Will it shed light on some of the unnecessary violence and brutality that has taken place? Or will it attempt to show that without some level of enforcement, we as a human race would do nothing more than resort to varying degrees of violence? The trailer seems to toy with both sides, so it should be interesting to see which route it takes.

Great Collapse
“I knew the great collapse was coming,” is one of the few clearly stated pieces of dialogue made by Adrian Grenier’s character James in the trailer. Talk of a great collapse has also become increasingly popular in recent years and even more so in recent months as several prominent figures have alluded to its potentiality. Marketwatch has even gone as far as to draw parallels between the current state of affairs and the great collapse of 1929 (find out more). Will the film shed any truth on what may be on our way and how to effectively respond to it? Or will it attempt to lock us into into a state of fear towards anything outside of what are used to experiencing?

Martial Law
The term martial law has also been tossed around increasingly as of late, so it really comes as no surprise that it also manages to come up within the film. For those that are unfamiliar with martial law, here is a great article that sheds light on whether the United States is on the brink of experiencing it. It should be interesting to see whether the film portrays martial law as something to reject at all costs, or as something to respect and abide by. It seems within the trailer that several of the characters may teeter between these perspectives.

Sustainable Home/ Community
Perhaps the most interesting topic that appears to be brought up in the film is the idea of building a sustainable home/ community. Several amazing groups worldwide have already began serving as a living example of this distinct possibility, including those behind Earthships, the completely off-grid home that Joe and Alanna of the CE team have both visited and stayed in. I’m particularly interested to see the technology that is presented within ‘Goodbye World’ to see both how progressive it is, and whether or not it is presented as a realistic and feasible opportunity for the entire world to adopt.

For those interested in finding out more about earthships, they are a key part of our newly released documentary “The Collective Evolution III: The Shift” which is available for free below.

‘Goodbye World’ is set to hit theatres on April 4th. I will definitely be checking it out and truly hope that it doesn’t disappoint. The fact that the film is relatively independent, as is the film’s director, does give it a certain level of increased promise… at least in my books. For any of you that may have already seen the movie, either at a film festival or in some private release, please feel free to give a more conclusive review or opinion in the comment section below, I’d love to hear about it.

WRITER’S NOTE (Added April 26th, 2014): I recently had the opportunity to see ‘Goodbye World’ and have to say that I was disappointed with the final product. The film’s trailer seemed to touch upon each of the interesting subjects I mentioned above, just as much as the full-length film did. The film may still be enjoyable for some, but I personally did not find it’s decision to focus on personal relationship drama very entertaining. 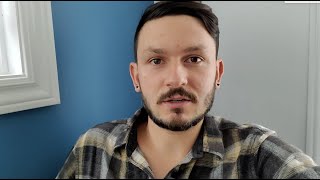