I have to admit that I was one of the many of us who bought into the “realness” of the clothing commercial which cast actors, models, and musicians to kiss one another as strangers on camera for the first time. So much so that I wrote an article about it shortly after the video – which has now amassed over 103 million views – was released back in March of 2014.

I may be a little late to the party on this one, but I wanted to share with you all a genuine response to the commercial that Vice put together. Rather than hiring actors, they paid actual strangers found on the streets of London £20 to kiss one another for the first time on camera.

-->Watch now: Sign up for the free 5G Summit starting and hear from 40 of the world's leading experts on the subject, all FREE! Click here to register now!

As of now, the video has over 100 million views less than the clothing commercial rendition, and given its genuine realness I feel it deserves a bit of a boost. Check it out:

We All Have A Soft Side

We live in a world dominated by isolation and independence, where even a simple hello to a stranger you pass by on the street can be off-putting. Because of this, many of us have developed a distorted view of the people we don’t know more personally. We see each other as hardened “others” to be avoided and afraid of.

While some of our fear is certainly justified, what this video effectively reminded me of is that we also all have an awkward soft side. We all meet people that give us butterflies in our stomach. We all experience situations that make our heart race. We’re all human, and reminding ourselves of that can make the world seem like a much brighter place to be and co-exist in.

The reactions expressed post-kiss were certainly scattered, but the reactions pre-kiss – aside from the one older gentlemen who seemed eager to kiss and explain the experience – were pretty consistent. While I’m not suggesting that we all go out and start making out with one another, I think it’s important to remember that we are all alike in more ways than we’d probably like to admit.

That guy that cut you off in traffic this morning, the woman who doesn’t appreciate you at work, and everyone else you interact with, all have an awkward soft side that we should remind ourselves of before deciding to dislike them.

Roswell New Mexico is known for the famous alleged ‘crash’ that happened there in 1947. But if you’re not a UFO researcher,...

An Indigenous Prophecy About The Reunion of the Condor and Eagle

Indigenous cultures today struggle to remember their teachings. It doesn’t help that the western world portrays them in a certain light,... 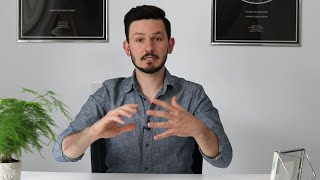