THESE GUYS is a weekly talk show hosted by Joe Martino and Mark DeNicola of the CE Team. Each episode explores a popular topic/question relating to everyday life.

All episodes are brainstormed, but always unscripted, and the result is an off-the-cuff and casual show which viewers are sure to enjoy. In addition to Joe and Mark chatting, every episode features a number of comical cutaways, some of which are filmed by Joe and Mark and others borrowed from pop culture.

Viewers are always encouraged to interact with the show via the YouTube comment section and even give suggestions for topics that they would like to see discussed in future episodes.

Some of the most popular episodes released thus far include:

New episodes are released every Tuesday morning, except when on a seasonal break, and can always be viewed for free via the links below.

Stories of the Star People are well documented in Native Canadian and Native American lore, and in this article I...

Another EX-CIA Director Comments on UFOs & Shares A “Paranormal” Story 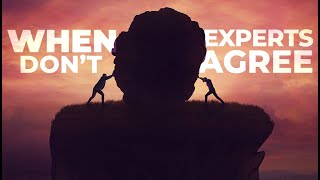 What Do We Do When Experts Don't Agree?